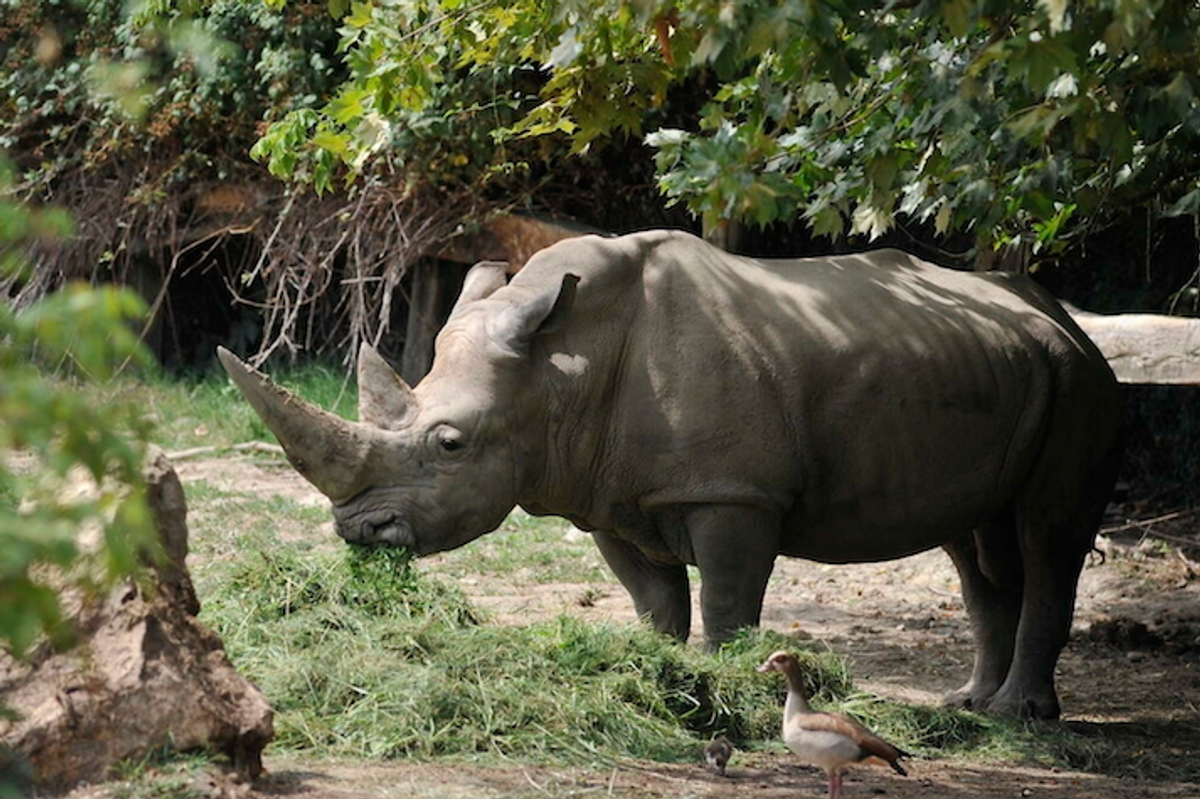 Toby, the world’s oldest white rhino, has died at the age of 54 in a zoo in northern Italy, a spokeswoman for the establishment said Tuesday.

“Nonno Toby” (Grandpa Toby) passed away on October 6, Elisa Livia Pennacchioni of the Parco Natura Viva, a zoo near the northern city of Verona, told AFP.

“He collapsed on the floor on the way back to his nighttime shelter, and after about half an hour, his heart stopped,” she said.

Toby will be embalmed and put on display at the MuSe science museum in Trento, where he will join Blanco, a white lion from the zoo who died five years ago, Pennacchioni said.

White rhinos normally live up to 40 years when held in captivity, and up to 30 years in the wild, she said.

Toby’s death, which follows the passing of his female partner Sugar in 2012, leaves the Parco Natura Viva with one remaining white rhino: Benno, aged 39.

However, there are only two examples left of the northern white rhino subspecies who live in Kenya, which are watched round-the-clock by armed guards, the environmental group says.