A new coronavirus variant has been detected in South Africa that scientists say is a concern because of its high number of mutations and rapid spread among young people in Gauteng, the country’s most populous province, Health Minister Joe Phaahla has announced.

The coronavirus evolves as it spreads and many new variants, including those with worrying mutations, often just die out. Scientists monitor for possible changes that could be more transmissible or deadly, but sorting out whether new variants will have a public health impact can take time.

South Africa has seen a dramatic rise in new infections, Mr Phaahla said at an online press briefing on Thursday. 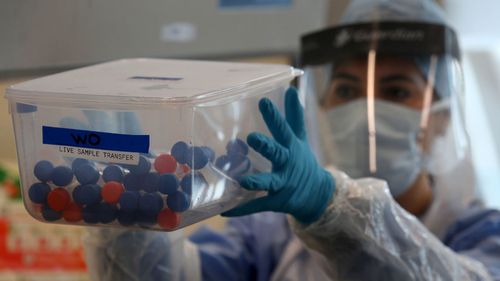 Currently identified as B.1.1.529, the new variant has also been found in Botswana and Hong Kong in travelers from South Africa.

This is clearly a variant that we must be very serious about,” said Ravindra Gupta, professor of clinical microbiology at the University of Cambridge. “It has a high number of spike mutations that could affect transmissibility and immune response.”

The World Health Organisation’s technical working group is to meet today to assess the new variant and may decide whether or not to give it a name from the Greek alphabet.